What’s something that the vast majority of Western ski areas have in common? That YOU, the skier, own the actual land you are skiing on. It’s no secret that the US Forest Service and skiing have always gone hand in hand, and that the folks attracted to the woods like to recreate in wild lands, in all seasons. To be a skier or snowboarder is to be a lover of the outdoors.

The US Forest Service’s mission is protecting the land and serving the people. And at a very basic level, land management policies for the USFS have been split into two very broad categories: conservation and preservation. The definition of conservation is to save land for later use. Producing timber is one obvious example that qualifies as use on Forest Service lands, but conservation also includes hunting, fishing, rafting, and other forms of recreation. Preservation, on the other hand, is protecting land FROM people. When we think of this kind of preservation, we imagine an area of pristine and fragile beauty, where the impact of humans would be detrimental. Typically, we list these places on the map as wilderness areas. However, there are also Designated Roadless Areas, Wild and Scenic River Corridors, and of course National Parks and Monuments. Plenty of ski hills are surrounded by wilderness areas and other forms of preservation. All my personal favorite places in the world are found in designated wilderness areas.

But let’s be real for a second. Not all wilderness areas are created equal. Popular trails near major cities and popular tourist destinations can, and often are, in wilderness areas. Coming with that are all the usual problems of trash and overuse. Go to a 14’er in Colorado on a Saturday morning in July, or maybe try heading to Joshua Tree National Park and count the signs reminding hikers that they need more than one 16-ounce plastic water bottle for that 6-mile hike in the desert. In fact, there is a big difference between this kind of preservation and something I call True Wilderness. True Wilderness, as I define it, is an area that is inaccessible, or accessible only by at least a full day hike from the trailhead. These places are so remote they have never been conquered by humans. These truly wild places still exist, even in the Lower 48. You just have to find them.

Since humans have discovered fire, they have used it as a tool. In most places around the world the landscape has been affected by humans, the Western U.S. being no exception. Initially, the land was occupied by Native Americans utilizing fire to burn fields and valleys. Our approach to fire eventually evolved into the mission of 100 percent suppression of every wildfire that started in the U.S. over the duration of the 20th century. This practice birthed the USFS and built it into the best fire fighting resource in the world that it is today, but it came at a cost. By stopping all the fires to save all the timber resources, we put too much fuel in the forests. Multiply that with a changing climate that results in longer seasons and more days of extreme fire danger and the result is a losing battle. While some fire is normal in a sense (particularly in certain fuel types), we don’t want every fire to have the appearance of the apocalypse.

Lodgepole pines live all over the West, particularly in higher altitudes, and drier climates like Colorado and Wyoming. Lodgepole have ‘serotinous’ cones. Sap keeps the seeds locked into the cone until they are impacted by fire and then release. It’s a species that grows together and has shallow roots. When impacted by fire, the whole stand pulses out and is replaced, so these fires are referred to as stand and replace fires. The pine stand has a life expectancy of about 100 years. It becomes susceptible to disease such as the pine beetle epidemic as it nears the end of its life expectancy. After fire comes through, aspen trees takeover first, and eventually the lodgepole and other conifers grow in as the aspen stand matures, and gets replaced.

Ponderosa, one of the most common of all pine trees in the West (and a cousin of the Yellow Pine/Long Leaf Pines of the East) is another fire adaptive species. Its bark is designed to peel off like a puzzle piece when fire impacts its trunk, shedding dead branches and saving the canopy and the tree itself. Ponderosa needles fall off regularly, creating a thick ‘duff’ layer beneath the tree. This duff layer is very flammable, and no accident. The tree wants it to be heavily impacted by fire on aregular basis, resulting in less competition and more nutrition going into the soil. These are small examples of how fire is a normal part of these landscapes. Ponderosa prefers small, low intensity fires, but can survive large fires. Whereas Lodgepole won’t survive any fire, and almost always torches and crowns violently. Both trees rely on fire. In different ways yes, but they both rely on it as much as water and the sun. 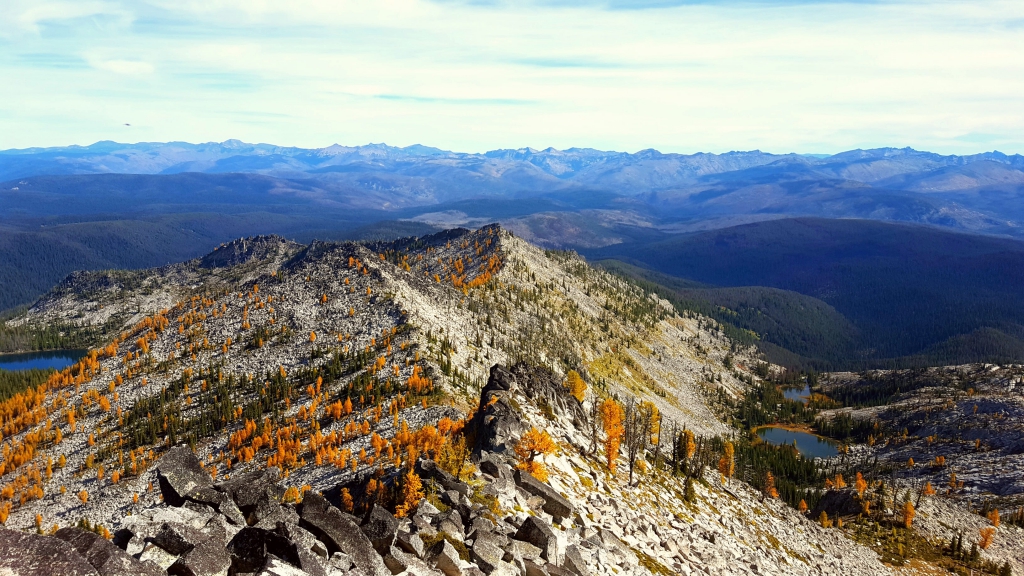 As Wildland Firefighters, we understand that the different types of fuel are as fundamental to fire behavior as weather and topography. As Forest Service employees, it is also our responsibility to keep the forests healthy and the public safe. This means we fight fire with fire. Fighting fire in the American West is the definition of an imperfect science. The variation of fuel types, slope, aspect, time of day, time of year, drought, temperature, fuel load, past strategies, etc. mixed with the inevitability of personal (in)experience and extreme fire behavior results in a patchy history of success with these practices. But thanks to technology and continued studies of both operations and the results, we are slowly starting to build a greater picture of what a healthy forest looks like. And it involves regular, low intensity fires in certain fuel types and the protection of values at risk from high intensity fires in other fuel types.

So, what can WE do? In OUR homes and communities? We can invest in defensible space. You might not live in the Wildland Urban Interface, but 100 percent of ski hills are in the urban interface. Creating defensible space isn’t just putting fire on the ground, itis removing fuels around a value at risk. As an extremely general rule, flame heights can be at least 4x the height of the fuel, so that if you have no canopy break, fire can carry through. So, if the surface fuels like grass and shrubs are tall enough that flames can reach the tree branches, fire can carry through. These ‘ladder fuels’ allow fire to climb from the ground into the canopy. If you have a ponderosa growing out of your back porch, understand that it is going to regularly coat your house, gutters, and grass with fuel that wants to burn repeatedly. If a single ember spots from half a mile away into your gutter (which is normal in any large fire), and that gutter is full of needles, your house is now on fire.

All these situations can be prevented by creating defensible space around a building, a ski hill, a town, a whole valley. Large fuel breaks that are supplemented by prescribed fire operations deeper into the forest have a proven track record at stopping large fires. Recognizing the inevitability of fire on the western landscape and responding to it by planning and supporting programs to reduce fuels through prescribed fire and thinning is how we learn to live with fire. Because just like the snow that covers the ground every winter, fire is an equally important part of the mountainous landscape.