(Editor’s note: This story was originally published in the Fall 2018 issue of Ski Patrol Magazine. We are re-publishing it here because of its relevance to the current conversation about diversity, and the experience of black, indigenous, and people of color (BIPOC)  in areas — liker snowsports — where they are under-represented.) 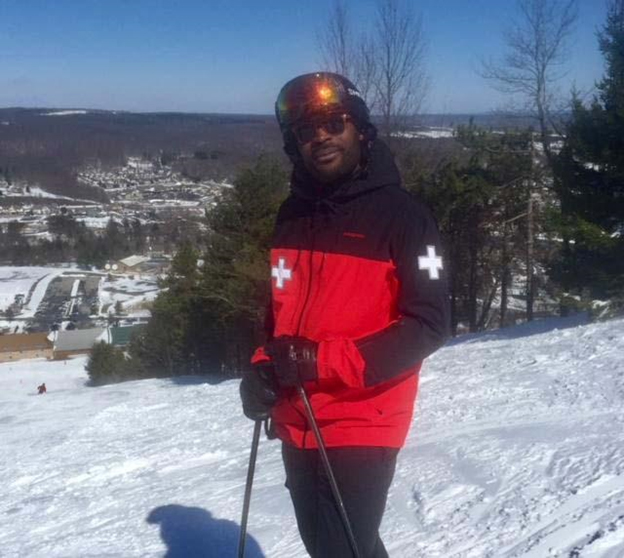 It’s a picturesque bluebird day, the wind is friendly, and the sun just warm enough to make the chair ride up the mountain actually enjoyable. My excitement builds the closer I get to mid-station. I am chomping at the bit to get to Squirrel Cage for the first time this season. The black diamond run is on the front side of the mountain and is a frequent stopping point for those inexperienced skiers or riders who venture one trail too far.

Practicing some railroad turns, I get to the top of the trail, veins pulsing with early-season adrenaline. I then notice four people huddled together looking down the trail as it abruptly falls away from them. I recognize the all too familiar signs of trepidation and irrevocable commitment to what at one time might have seemed like a good idea.

As I move over to the edge of the trail, which is rarely traveled by the boarders and side-slippers, I feel their eyes following me and the expected double take when they see my face. My face and that ski patrol red jacket with the cross are not a combination commonly seen on the slopes. Now, I assume, they watch to see how I fare. I take a second to appreciate the opportunity to do something I love so much and drop in. The trainer/evaluators say, “The first turn doesn’t count,” but I drop in while paying attention to my form.

Carving medium radius turns, OET rudiments like upper-body separation, dynamic balance, and edge control flash through my mind. I do a quick form check and roll into a couple of long radius turns, all the while committing to my edges. My ski instructor always told me that you definitely want to ski beautifully when you have your cross on. The people in the group were all African-Americans, I could see their surprise and pride when they saw someone just like them, a ski patroller skiing like he knew what he was doing.

I have been skiing in the Appalachian Mountains in Western Maryland for about six years and have seen an unprecedented rise in the number of minorities, especially African-Americans, taking up the predominantly Caucasian sports of snow skiing and snowboarding. I am no stranger to the perception that one has to either be white, crazy, or both to gain any form of enjoyment from going out in frigid temperatures and sliding down a mountain on pieces of wood. I have friends and family members who are paying subscribers to this notion!

The first 18 years of my life were spent in West Africa, where I do not remember ever seeing the mercury dip below 70 degrees. With a simplistic seasonal pattern limited to the rainy and dry seasons, it was either raining or scorching hot. Skiing, let alone becoming a ski patroller capable of chauffeuring other people down a mountain, was never on the docket for me. I was seduced into skiing not by the promised thrill of a snow-covered face, but a love for the mountains themselves, a love for all they offer and the people who commune in them.

I routinely ponder the obvious absence of minorities on the slopes. Is this the best-kept secret, and does anyone else recognize their absence?

According to the 2017 outdoor recreational participation report, whites and non-Hispanics account for 76 percent of skiing participation. The joys of falling beautifully down a mountain should not and cannot be a secret hidden from 30 percent of the country’s population that considers themselves a minority.

I know things like access, health, and skill requirements are inherent deterrents. Cost, however, is a big one. According to the 2015 SIA report, approximately 63 percent skiers come from a family with an average household income of $75,000. With the median income for the average African-American family currently $40,946, it is understandable why playing in the snow ranks low on their scale of preference. 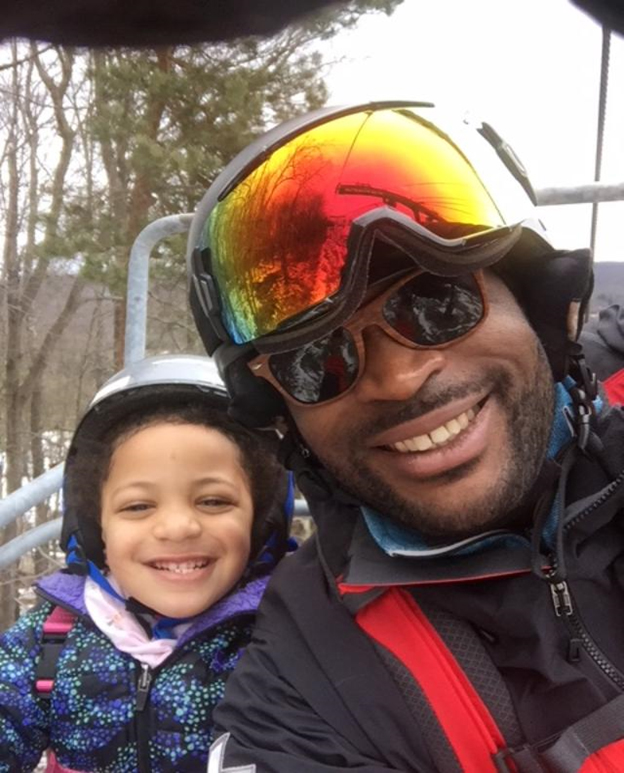 It has been said that, “There is no such thing as bad weather, only bad clothing.” Well, that is hardly applicable when a decent ski jacket costs upward of $250. On top of that, the average ski gear setup with skis, boots, and bindings costs approximately $852. On top of those costs, there are costs for transportation, lift tickets, and lodging, if necessary.

I say all this not to be a social crusader, but to highlight the growth and opportunities presented in spite of the aforementioned barriers. Black skiers increased by an average of 4 percent between 2010 and 2015. You really don’t have to look hard to see this spike of diversity.

At Wisp Resort in the past three years, the sight of an African-American is no longer a novelty. Neither is it uncommon to see one skiing beautifully down an advanced level trail and not confined to the bunny slopes. The appropriate thing to do is recognize the opportunity to invite some diversity and culture into the fold. The NSP seems to be doing so and growing its gender and racial diversity

My tribe, the Igbos, are a proud people. We laugh from the belly, wear bright colors, and hold friends close and family even closer. The patrol at Wisp is family to me as well. The transition from candidate to full patroller was not easy. It required dedication, a time commitment, and in many cases a willingness to learn and unlearn. The resulting fulfillment after treating a patient on the hill, reassuring a kid’s parent, or working as a team to resolve an incident is something to be experienced by all. I worked hard through ski patrol training to proudly wear that cross and model it for people who see me as one of them.

My message is that the mountains are for all of us. All things are accessible, if you put your mind to it. In my small way, I want that 5-year-old African-American kid to see a face like his helping people and, more importantly, having fun on the hill. As the rest of the world continues to deteriorate on multiple fronts, I embrace the possibilities when people of all races and classes take a break, boot up, forget all that divides us for a moment, and enjoy some tur