As physically challenged athlete I know what it’s like to run a perfect race. They don’t happen often, but I had one at the Age Group National Sprint Triathlon in Milwaukee on a warm August day in 2012. It wasn’t because I was fast –because I’m not — or that I won any awards — because I didn’t. Sometimes just crossing the finish line is a victory.

It was my home course; I live just 10 minutes from the starting line on Milwaukee’s Lakefront.

The best athletes from around the country line up this race. With spots on the line for Team USA I knew the competition would be intense. There were 200 women in my swim wave.

I knew as an athlete with Charcot-Marie-Tooth or CMT I would not be among the top finishers. CMT is a genetic condition that affects 1 in 2500 or 165, 00 Americans — as many as MS, yet almost no one has ever heard of it.

With CMT, like with MS, the coating on the nerves breaks down. That means the electrical signals that muscles need to fire correctly weaken and eventually die. CMT causes balance issues, high arches, hammer toes, foot drop, tight calf muscles, severe fatigue and many other issues.

Even though I have a mild case, it limits me as an athlete. It is difficult for me to be competitive with non physically challenged athletes because of the biomechanical issues CMT causes. It affects all three of the triathlon disciplines. Weakened muscles in the lower legs and forearms mean much slower race times, than I would have if I did not have CMT. Most of the time I compete as a para-triathlete.

Just getting to the race had been a challenge. The assessors who would classify me as a para-triathlete really did not understand my condition. They see so few athletes with the condition they don’t know how to assess us, and I was initially told that though I showed impairment, I would not be able to compete.

So on race day, after I had failed to classify twice, I was excited to be racing at a National Championship in Milwaukee. It was a race no one could keep me out of.

The swim was like swimming with the sharks, 200 intense athletes vying for position. I was fearless. I used to hang back in the swim, not this day. I got right in the middle of the pack. I felt strong, I was proud of myself. The exit out of the water was a slippery concrete ramp.

As I biked I saw friends from my triathlon training group on the Hoan Bridge, one of the scenic highlights of the course as it extends over Lake Michigan into my neighborhood. I could see the Milwaukee sky line as I came back toward the city over bridge. As a life long resident, seeing friends on the course was awesome. Even though I am not the fastest biker, biking makes me feel like a little kid again. I love the feeling of the wind in my face. I was having a blast.

The run is the last leg, once I get to the run I know I will finish, no more worries about the swim or having a problem with my bike that could end my race.

Everything came together that race day and I had a mistake free race. It was so exciting to be racing in a National Championship even if finishing well back in my age group.

It was just fun the entire race. Sometimes you have races where the training takes over and everything clicks. I cannot describe the utter joy I felt that day crossing the finish line. It felt incredible. When I have a race like that it makes all the training worth it. I raised my hands as I crossed the finish line out of pure joy. It just felt that good.

Those with CMT were once told not to exercise because it would speed the progression of the disease. Athletes like me have really helped to change that attitude. Exercise is now recommended and many with CMT are becoming active for the first time. As an athlete, I don’t let any obstacle stand in my way. I’ve set and accomplished big goals like running the Boston Marathon and racing on Team USA. I may have CMT, but it does not have me.

Because CMT is a progressive disease, I may one day lose the ability to compete as a triathlete. The good news is it progresses slowly. Until that time, I will keep racing hoping for another “perfect” race. 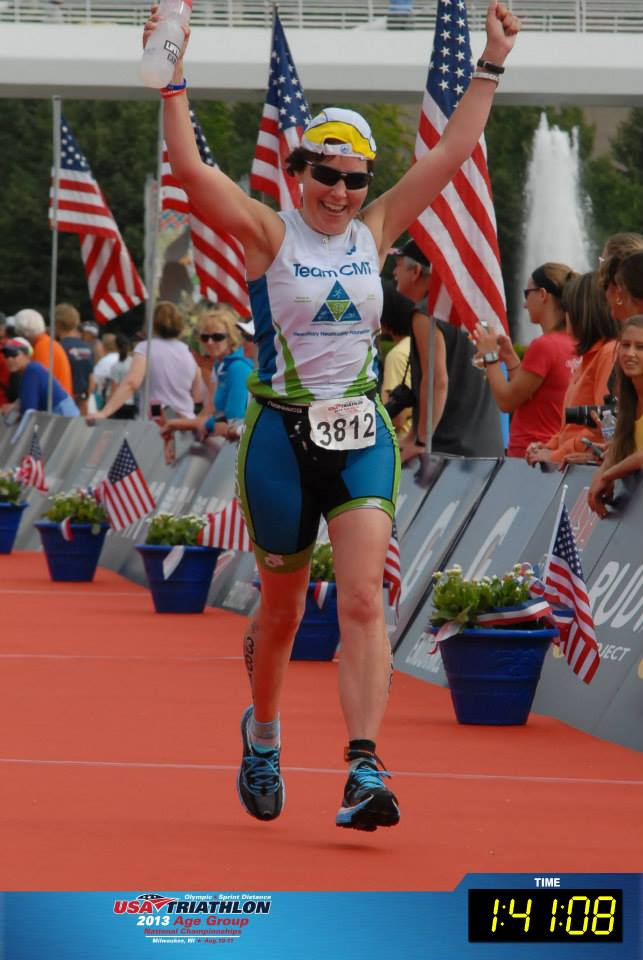 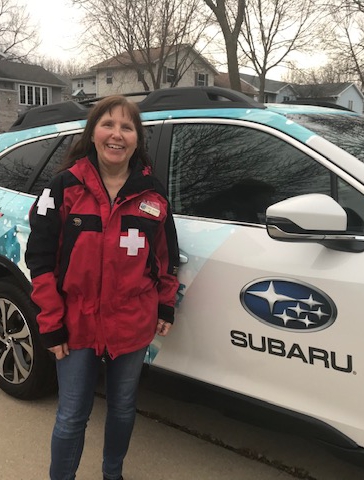