Had you asked me years ago when I moved from Texas if I would ever ski (on snow) much less patrol, I probably would have laughed. I moved to New Hampshire as a teenager when my father was relocated in 1989 from Dallas, TX. Naturally I was a child raised on the lakes, better suited to water skiing and any other water sport. It was a difficult move for my brother and I, leaving childhood friends behind, but move we did… in the bone chilling winter month of February with a furious snow storm nipping our heals as we landed at an old 1800’s post & beam New England mountain home in Orange, NH. Not only was this a climatic shock, but a cultural shock as well. I guess you could say it was a blessing, or that I would find the silver lining.

As a child in Texas, unless it was a tortuously hot day, and only if my girlfriends and I lost interest in melting our flip flops to the pavement, or frying eggs on the tin of our clubhouse, would we find ourselves inside. Our adventurous minds grew! We were dusty britches, knee skinned, sunburnt creatures as we tore through the countryside. We were fearless little people being completely content in our own company, and finding the next adventure. These were my beginnings, and why I have become the woman that will face a challenge, find self-gratification in learning, forever be curious, and never give up. I guess you could say I had “grit”. 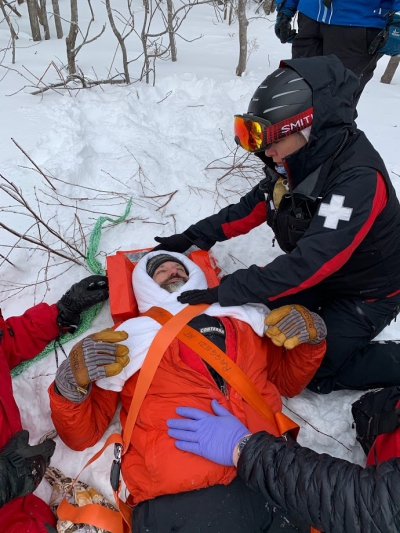 I discovered very quickly how magnificent the woods of New Hampshire were; the peace that came over me as soon as I disappeared down a mountain trail, or lay still on the soft moss under gently swaying pines with my eyes closed absorbing the vibrancies of the forest around me. It didn’t take long to discover all of the winter sports, starting out with snowshoeing on old bamboo and rawhide shoes my mom found at a thrift store, later ripping snowmobiles through the White Mountains. The first mountain I tried skiing was Whaleback. I say, “tried” because it did not go well. My boyfriend and later husband, ended up taking my skis off not far from the top, and piggybacking me to the bottom, the real “courtesy ride”…but, I did not let that discourage me, I tried again and again over the years to feel comfortable calling myself intermediate “groomers skier”.

Having two sons who snowboard was a gateway to much more skiing and a litany of other outrageous outdoor adventures, including now downhill mountain biking. I will disclose that I now prefer the pace of endurance mountain biking since concussing myself and patching up my forearm with butterflies after hitting a switchback, washing out and high-siding on shale. In a nutshell, there’s not much I won’t try when it comes to sports and outdoor activities. So when the day came that my oldest son and I were riding a chair with a patroller at Ragged Mountain the winter of 2012, I saw a door, a new door, a new adventure… an opportunity to learn.

I was not an emergency medical tech or in any of the human medical fields to begin with, however I can tell you of many experiences living in a family of motorsports enthusiast, and running a race circuit, that I found myself assisting or being first on scene to some gnarly stuff. Many of those experiences left others telling me how calm and orderly I was during particularly stressful situations. So maybe it was a calling that took a little time to find. I entered the Outdoor Emergency Care training head on in the fall the following year. I can safely say I needed this program as much as it needed me. Having lost my husband to an accident in 2011, I grabbed on to the opportunity to surround myself in an environment that helped me heal, and helped me redefine “me”. I found my patrol family and in this family I was able to feel like an individual and grow.

Through the National Ski Patrol, learning opportunities opened up to me. Sharing long lasting friendships and adventures with like-minded men and women heralded back to my days as a squirrely kid always on the move and seeking the wonder the world offers. With the refreshers and clinics available I moved through the programs, bettering my first aid and response, bettering my skiing and toboggan skills, and leading me to the opportunity to share this gift and train others.

My silver lining turns out to be the ingredients of life. For every change and challenge there is a glimmer of something amazing just waiting around the corner to nourish the soul.