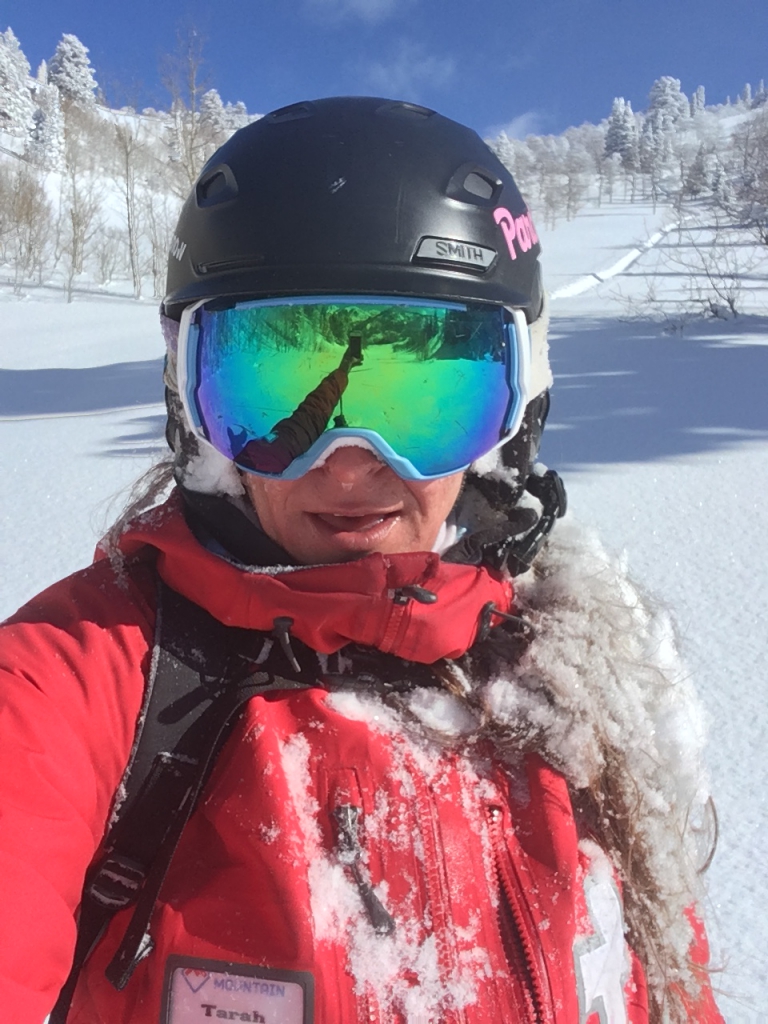 I sat in a therapist’s office angry and sick to my stomach. He told me I was going to watch a strange device and tap my forehead while I relived The Incident. I thought, “This is bullshit.”

I am an EMT and a ski patroller. I thrived running multiple wrecks a day at a busy ski resort smack dab on the I-70 corridorin Colorado. On weekends I would try to get three wrecks a day. I would take the wrists and knees, the bread and butter, but I lived for the trauma. I was a little bit of a trauma junkie. Tree strikes, skull fractures, broken pelvis, femur fractures.I saw this stuff week in and week out and felt good every time I was able to properly identify the injury, stabilize the injured skier and transport to the clinic.

I was good at this part of my job and I felt good about my contribution to the large team that often got wrecked out on the weekends. As time rolled by I got the reputation of a black cloud. Twenty year patrollers wouldn’t want to stand coverage with me at large competitions because “something crazy will happen if Tarah is there”. I would receive information about a skier with a face laceration and ski up on a tree strike with skull and pelvic fractures. This seemed to be my luck when it came to wrecks but I appreciated the experience it was allowing me to gain.So on a weekend afternoon just before sweep, I sat in the dispatcher’s office waiting to get my third wreck for the day. The phone rang and our dispatcher was on the other line so I answered “Ski Patrol…” and before I could finish the liftie calling me was already screaming into the phone “I called 911 …. she’s not ok …… please get someone down here ….. she hit a tree….. please help.”

I knew it was bad before I left the building. I’m pretty sure I told the people there to get ready with the trauma pack. I was pumping adrenaline already as I grabbed the toboggan and headed to one of longest, steepest bump runs on the mountain. I knew she was somewhere near the bottom since the bottom lift operator had called so I slowed down and stopped on the last bench of the run.

“Breathe…” I told myself, “This is not YOUR emergency. You are ok. Worst case scenario …..” and then I began to run rapid fire through what I would do in each worst case scenario. I reached the scene asa bystander was dragging her unconscious body towards the parking lot in a tube.

The rest happened very quickly as I tried to make radio calls while gathering as much information as I could. Paramedics and fire arrived within minutes and began packaging her for her final destination at Denver Children’s Hospital. I sat stunned as I comforted her young friend and interviewed her as to what exactly happened. I stayed until dark filling out paperwork and talking with my supervisors. And then I went home.

I didn’t know what to do. I kept replaying what had happened. I was such a coward, I thought. I was scared before I got there. So scared I had to stop to calm myself down! What the hell was wrong with me? And who the hell cared about me? What about HER?

I spent that night unable to sleep. At some point early in the morning I couldn’t take it anymore and placed a call to the hospital. I explained who I was and said I just wanted to know if she was alive. The hospital was so gracious and soon I was speaking with one of her physicians. She would live but had temporal and basilar skull fractures and the accident had affected her speech. It would be a long recovery.

I expected this to bring me relief, and in some ways it did. However I still wasn’t feeling right.Listening to people talking on the chairlift made me inexplicably angry. I avoided spending time with my coworkers and was irritable. When it came to wrecks I tried to just go to knees and shoulders and I no longer cared how many I had on the weekends. It took a while for me to realize I was dealing with PTSD.

We had learned about PTSD in my EMT class. There are different types and after admitting to myself something was wrong I figured I was just dealing with PTSD from this specific incident. So I humbled myself and asked for help. It wasn’t easy and I didn’t want to make other people uncomfortable knowing I wasn’t OK.

That’s how I ended up in the therapist’s office pissed off at the world. I was lucky that my resort offered an Employee Assistance Program with free counseling that required no discussion with anyone at the mountain. You call up a therapist on the list, let them know where you work, and they will bill the resort. Easy peasy. Much easier than keeping that appointment.

I had lucked out and chosen a trauma therapist who practiced EMDR therapy. EMDR stands for Eye Movement Reprocessing and Desensitization. The person being treated is asked to recall distressing images; the therapist then directs the patient in one type of bilateral sensory input, such as side-to-side eye movements or hand tapping. It has been used in the military and with other people suffering from PTSD including myself. One of the appeals of this kind of treatment was that I didn’t have to talk out loud. My therapist asked me questions and I rated my feelings as I thought about certain things, but I didn’t have to tell him what exactly I was thinking about. I could talk with him about specifics if I wanted to, but sometimes it just hurt too much to talk. The therapy was powerful; I cried almost the whole time.

Another powerful moment in my therapy was when my therapist helped me realize that my stress was cumulative. I had known how bad that wreck would be, and was scared beforeI got there because I was already traumatized.

After the first hour and a half session I walked out emotionally exhausted but already less stressed. I slept a full night for the first time in weeks. I felt better going to work that week. EMDR helped after only the first time, so I figured I would try it again. The second session was awesome because I started out at a lower stress level than the first and my stress continued to lessen. Maybe this wasn’t bullshit after all. In the past, I’d used beer or asshole comments to cope, but I think I found something that works better.

I would love to see more ski areas offer mental health services for their first responders. Therapy helped me get over my trauma and move forward so I could continue to patrol and respond on an ambulance effectively. It actually saved my career.

So go talk to someone if you need to, and give your therapist a chance to help –no matter how much of a hard ass you are.

EDITOR’S NOTE: May is Mental Health Month. Please take some time to learn about resources that are available to you and those who are close to you.

Check out “Stress Injury and Ski Patrol” in the Fall 2019 issue of Ski Patrol Magazine.

There are several excellent resources for individuals and patrols seeking help, or wishing to learn more. Responder Alliance works with many ski patrols and other rescue and first responder organizations. The National Alliance on Mental Illness provides resources, education and advocacy for mental health issues.