The following came in from NSP member, Jimmy Minardi. 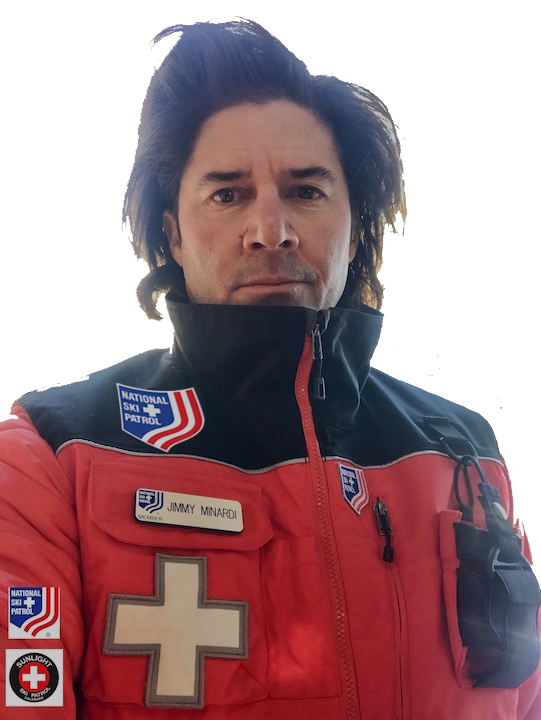 Well after 42 years of Ocean rescue, which I still currently do in the summers, I decided to go through the National Ski Patrol’s OEC  program that was offered by Sunlight Ski Patrol. This particular semester was guided and lead by Carol Wells and Cindy and Keith Henderson and of course their  amazing staff. I graduated from the course right before Thanksgiving. I have been applying to other patrols for jobs but being a snowboarder has made it quite limiting. But nevertheless, going through the NSP program has been one of the best emergency training  experiences I’ve ever had in my life as I now have a lot more tools to bring to Ocean Rescue.

I am a former professional cyclist so I still enjoy my morning right before the day starts. I currently live here in Snowmass Village Colorado and I have a great little 90 minute ride around the mountain and the upper and lower villages. Today was just a normal day. I wanted to get out and back before the homeschooling started during this Quarantine. I was just about to start returning back to home when I noticed a landscaper on the sidewalk going into a seizure. I would have to say one of the reasons why I noticed he was in a seizure was because of the amazing training I got from my OEC program.

It’s very quiet out here; the only people that were around was me of course and the landscapers so I immediately set up scene safety and of course start assessing the situation without even thinking about it. Just to make a long story short, after I got the patient from his feet safely to the ground on his back I did everything I was taught automatically. I went through all the proper procedures. As soon as the patient was stabilized I immediately contacted 911 to activate EMS and then started checking pulse and respiration and of course any injuries. I was pretty confident there weren’t neck or back injuries because I was there in time before the patient hit the ground. As they say timing is everything — there were some large retaining rocks that he might have fallen on if I had not caught him, which would’ve created yet another substantial injury possible spinal or neck injury.

I stayed on the phone with dispatch as I was checking respiration, pulse, and secured the patient’s neck and head. I also got all of his sharp tools away from him so he did not accidentally in impale himself. Luckily I know enough Spanish to communicate with the patient and assured him that EMS was on the way. He was still really out of it so I’m not sure how much of that he understood, but after a while we could communicate in Spanish and that helped settle him down. Moments later the paramedics showed up and I made it back home just in time for homeschooling :-).

I just wanted to share the story with you because of the amazing teachers I had in the abundant training that I received through the National Ski OEC program and of course the professional instruction that I received. Hopefully I will get on a patrol next fall so I can continue to be at the right place at the right time once again.

Learn more about joining a patrol and going through our gold-standard training here.