“Actually most people who get injured are white”, I replied. We  laughed, then he hopped in the car. This was an interaction I had last ski season. What this Latino teenager said has been on repeat in my mind, especially over that past year as the topic of diversity continues to gain attention. Unfortunately the teen wasn’t joking, he was very serious. Imagine thinking you don’t belong in winter sports purely based on your race. We have a teenager who believes that and I highly doubt he is the only one. 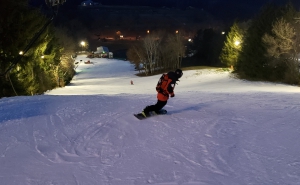 A little background. Last season I responded to a call for a small child who went off the run and possibly hit a tree. I raced over to the location and found no one there. After following up with witnesses, I located the child at the bottom of the hill by the chalet. I approached the group, which included her father and a teenage brother and sister. At first the family declined help, the teenagers acting as translators. We assured them there was no charge to visit ski patrol or to have us assess his daughter. He finally agreed. Luckily the daughter who was 5 was not injured, she was just shaken up and her hands were sore from the snow. We sat there chatting while another patroller helped pick the burrs out of her hair. Once she had calmed down they thanked us and went home for the night. 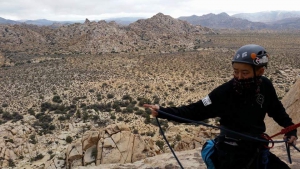 A few weeks later while patrolling I got a call for a skier down on the headwall of a black diamond run. As I came up over the top of the headwall a kid came running up excited to see me. It was the five year old from a few weeks earlier. This time their mom had injured her knee and was unable to get up. We splinted her knee and packed her in the toboggan and off to the first aid room we went. After transferring to a cardboard splint we advised her to see a doctor. She smiled and nodded but the teens tipped us off that they weren’t going to. We helped walk them to their car, and load their mom; that’s when the son turned to me and said, “I don’t think skiing’s for Mexicans”. They drove away. I hoped that injury wouldn’t bring them back to patrol, but that I might see them on the hill again.

As I sit on the lift I often think to myself, is there something we as an industry did wrong to make a teenager honestly believe he doesn’t belong in the sport because of his race? The other question I have, is it ok for someone to believe they don’t belong in the sport because of their race? The answer to that one is easy, no. So what can we do to change the mindset and make more people feel welcome on the hill? That answer is a bit harder, but let’s stir things up, start a conversation, and help introduce and welcome new people into a sport that we all love.