Every year, Subaru hosts WinterFest at resorts around the country. During these events, Subaru generously donates $1 to NSP for every email opt-in they gather throughout the tour. These funds are used to benefit avalanche dog programs and scholarships all over, including Wasatch Backcountry Rescue (WBR) and Colorado Rapid Avalanche Deployment (C-RAD). In October, two dogs and their handlers received scholarships to C-RAD’s annual fall course. Those dogs were Bergen and Zaugg. Neither dog is the Labrador or Golden Retriever you often see in avy dog photos; they are, respectively a German Shepherd and an Airedale. They both come from very different backgrounds – one was a shelter dog, and one came from a breeder in another state – but they share playfulness, a strong connection to their handlers, and a desire to work that could potentially save a life. 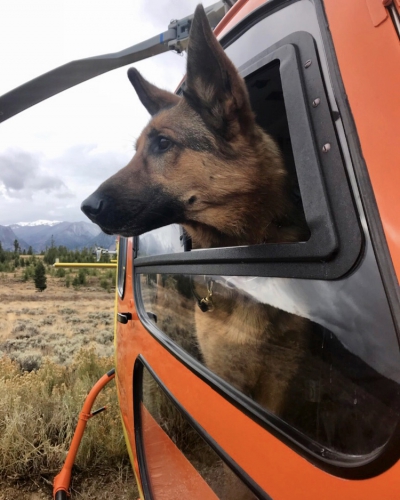 Bergen is described by his owner and handler Heather Thiry as a “big goofball who loves to work.” Thiry got Bergen at a local shelter when he was five months old. It is not common for search and rescue dogs to come from shelters, but Thiry said she did some adapted tests with Bergen and knew “he had great drive from the start.” She has worked with other dogs, and says each relationship is unique, but relationships with working dogs are much different than what most of us have with our pets. “Working with your dog just takes the relationship to a whole different level,” she says. “We have to be able to trust each other.”

Asked about what she and Bergen gained at the C-RAD training, Thiry remarked that she learns every time she is with C-RAD. “I think varying the drills and training keeps things interesting and fun for both of us and continues to build our relationship.” She plans to share notes with her fellow dog handlers, and to implement some of the drills at local training events. “[The training] really allowed us the opportunity to train with the best and bring home those lessons to our own teams.”

“I pay for most of our training, and it gets expensive, especially when you have to travel,” said Thiry. “Receiving the scholarship was amazing.” 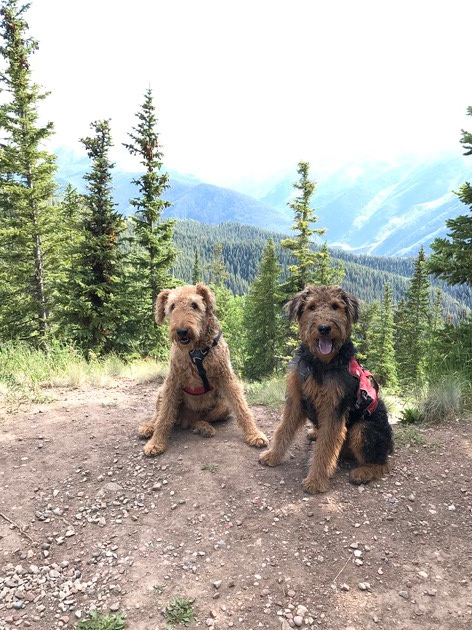 Brad Benson named his dog Zaugg after Billy Zaugg, the last silver miner to live on Aspen Mountain. (Zaugg also shares a name with a ski run on Aspen Mountain called Zaugg Dump.) Benson says that Zaugg – who is only a year old – is playful but can be distracted. “He loves the training game, but still needs work learning how to focus that energy.”

Benson describes himself as “an Airedale guy.” His other Airedale, Zoot is almost ready to retire so Benson started searching for litters of Airedales. He asked breeders to send videos of the puppies playing, and then chose the most playful pup he saw that was not advertised as a potential champion show dog. “Zaugg is a one man dog that really wants to please, so we have a great relationship,” he says. “I have to work hard to get other people involved so that he will eventually be able to work for anyone.”

Benson says that one of the things he appreciates about C-RAD is the acknowledgement that every dog is different and training should be adapted to each dog. “The instructors were very good at watching a dog work and coming up with something creative and personal to do with each dog to best help them progress,” he remarked. Benson, a veteran dog handler, says that he learns something new and valuable at every training he attends. “I believe that these courses help me remain confident and relaxed, which are great traits for a dog and handler team to share.”

Benson has been a dog handler for 18 of his 30 years patrolling, and says that this experience has defined and enhanced his experience as a patroller. “I get to work with my best friends every day,” he exclaims. He adds, “The joy on my dogs’ faces when we return to work in the fall and when we arrive at the locker room every morning makes all of the extra work worthwhile.”

For Benson, the scholarship allowed him to bring his older dog Zoot to the training along with Zaugg to refresh skills for the elder dog, while Zaugg learned many new skills. “The thought of paying two tuitions myself because there was no summer training money budgeted through my patrol was daunting. Having NSP cover Zaugg’s course was invaluable and I can’t thank you enough!”

Both Thiry and Benson have been called out on search missions with their dogs. They agree that the dogs are potentially critical tools in the current winter recreation landscape. Benson notes that as areas work to open more terrain, opening some more difficult areas can pose increased risk. “I believe it is very important to have dogs available to help cover that risk. I know we all sleep better at night after my dog has searched a pile of debris and confirmed that there were no unknown victims in it.”

Thiry remarks that the dogs have many important functions. “Even just having the dogs at the resort is such a PR boost for patrols,” she says. “But there is also a very real chance we could save someone’s life because of these amazing animals and that really makes all the hard work and training worth it.” 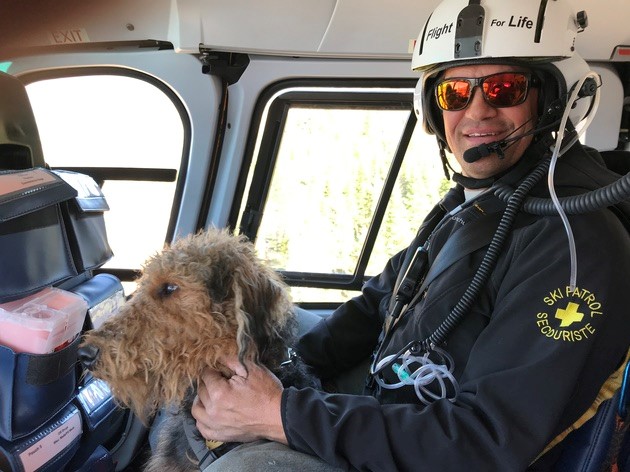