In 1938, Charles Minot Dole, then the director of the Mt. Mansfield Ski Patrol in Stowe, Vermont was approached by Roger Langley, the president of the National Ski Association. Their conversation was simple, Langley was hoping to convince Dole to form a national ski patrol. While still dealing with the loss of a friend from a skiing accident just a year prior as well as an on-slope accident in which he himself was seriously injured, Dole did not hesitate. 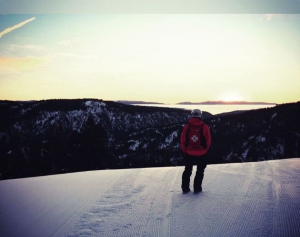 In its earliest years, the National Ski Patrol was heavily involved in WWII, appointed by the United States Army to recruit and vet soldiers for the 87th Mountain Infantry Regiment and eventually the 10th Mountain Division. Although these soldiers underwent significant medical training, the modern Outdoor Emergency Care certification was not introduced by the NSP until the 1980’s.

Over the last three decades, monitoring an airway, circulation, breathing, skeletal stabilization and recognition of a medical condition have, for the most part, remained somewhat the same.

A major change that ski area medical programs across the county are starting to introduce is that of an Advance Life Support program, a level of patient care that Dole could never have seen.

Over the last several years, ski patrols have been teaming up with their regional EMS governing bodies. This has been in an effort to allow ski patrol paramedics the opportunity to provide advanced life support techniques on the slopes.

Legendary Squaw Valley Alpine Meadows is one such resort. In 2018, Squaw Valley Alpine Meadows  became the first ski resort in California to introduce an ALS program. The resort’s leadership saw significant benefit in the program. The commitment was made and with funding secure, the ALS Director was able to purchase the necessary equipment in order to launch the program. This equipment included three (3) Zoll X Series Cardiac Monitors, one (1) Zoll Autopulse, advanced airway management tools, lifesaving medications and pain-relieving drugs.

Although the impact of an ALS program varies from resort to resort, Squaw Valley Alpine Meadows averages 80 ALS calls per season. That is approximately 7% of the patrol’s patient contact. With remote response locations and extended extrication time, the average ALS patient contact time has gone from 37 minutes to 5 minutes. This is the time from when the call goes to ski patrol dispatch to a local fire department to a ski p 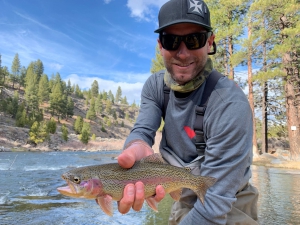 Although the number of medics varies by resort, Squaw Valley currently employees two full-time and one part-time paramedic in addition to providing opportunities for students. As in any ALS environment, these patrollers are required to have standard certifications. A state paramedic license, advanced cardiac life support, pediatric life support, and international trauma life support are some of the certifications the best patrollers seek out.

We are fortunate to see an increase in patient care across the industry however, as these ALS programs continue to evolve it is important that we remember to practice our proven skills as National Ski Patrol, Outdoor Emergency Care providers.