Cirrus sniffed; she moved to the right. I stopped to watch her next move. It is hard as a handler to stop, watch and wait. She kept going across the hill and stopped again. She sniffed, buried her nose in the snow, sniffed a couple more times, then started using her paw to scrape at the snow. First it was one paw, then the other. Next, she started with more rapid digs. Soon both paws were going, and I knew this was her alert. Time for me to probe to locate the victim and help Cirrus move snow with my shovel.

Cirrus started working on the Crystal Mountain Ski Patrol in Washington in 2002. She was eight weeks old by the time the snow flew and Crystal Mountain opened. Her ears flopped, and she looked at me as I stood outside at the summit on the first day of the season and her first day as an avalanche rescue dog. At eight weeks old, she didn’t know what her future life would be. Instead, she looked on as I buried a small bone in the snow and encouraged her to search. Her first search was a success. Within a few weeks Cirrus’ ears stood tall as all adult shepherds’ do, and her formal training began. Just two days before the Christmas holiday, Cirrus had already learned to load the Rainier Express Chair on her own, but I still held tightly to her on my lap.

It takes patience and perseverance for a patrol to train and work with a dog. As we walked together into the patrol station, she walked quickly past the outstretched hands of her fellow patrollers who longed for puppy pets as much as anyone. Cirrus now was a part of our patrol family; she knew her place inside our family, and she knew her job was on the hill. She trusted all of us, and as a result we trusted her. Cirrus’ spent her first first season learning good behavior. If you have ever been around a young puppy, you know how hard that can be. I remember one time when Cirrus was 10 weeks old, a young skier was outside at the summit and wanted to meet the new patrol puppy. Of course, I wanted Cirrus to get exposure to our skiing public, but she had to learn that she was at work, and I had to let the young skier know Cirrus was a working dog. I paused, acknowledged the young skier, and had Cirrus sit. I wanted her to focus on me before giving her freedom to greet the skier. This enabled me to educate the young skier on why we have dogs at Crystal, and was a teaching moment for Cirrus. When I eventually released her to greet the skier, they both seemed overjoyed.

Having a daily routine taught Cirrus the basics of the ski area — where she can poop, her place in the patrol room or shack, how to load and unload the chairs, and how to watch out for sharp ski edges. Cirrus was then introduced to the basics of hide and seek, as making searching fun and exciting is the perfect reward. 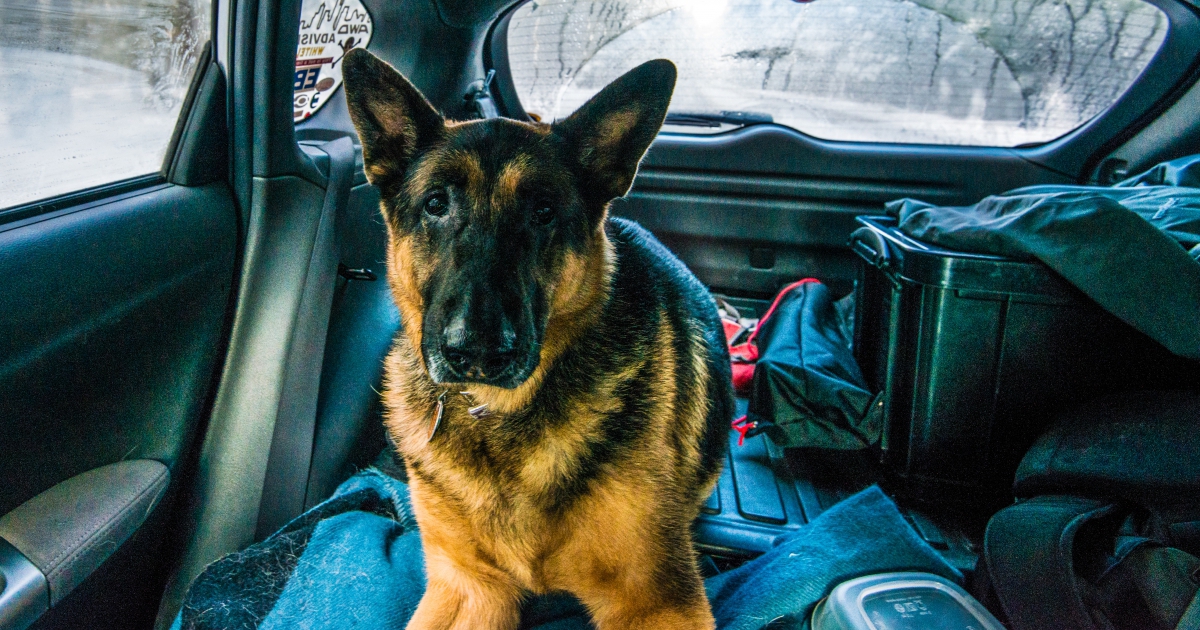 Training for any dog, young or old, does not stop when winter is over. There is always something to work on and improve. It takes a solid two years, including many days and hours of training, for a dog to be tested and become fully certified. A third year is required forBackcountry Avalanche Rescue K9, or BARK training, the certification for avalanche dogs in Washington. BARK is a volunteer nonprofit group of avalanche K9 rescue teams dedicated to reducing avalanche-related injury and death and educating the public. Dogs are re-tested every two years and the training never stops. The goal in any search is to rescue a live person. However, even in the case of a body recovery, a dog’s role is tremendously important.

Cirrus worked on drills and scenarios and was often used to rule out a burial in an unwitnessed avalanche. In June 2012, a climbing ranger on Mount Rainier fell approximately 2,400 feet to his death on the exposed Emmons Glacier while helping to rescue four injured climbers. At the time of the ranger’s accident, Cirrus was fully BARK certified and ready to respond. Weather and avalanche conditions delayed rescue workers for two weeks. Once the weather cleared, Cirrus was called to help locate his body, which was now under several feet of snow. One of Cirrus’ regular handlers was Brent Okita, a Crystal patroller and climbing guide on Mount Rainier. He and Cirrus flew onto the Emmons Glacier Chinook helicopter for the recovery. They landed close to where they thought the ranger’s body was, and Brent got out, knelt beside Cirrus, and whispered the magic word “find” in her tall ears. She knew it was time to work. 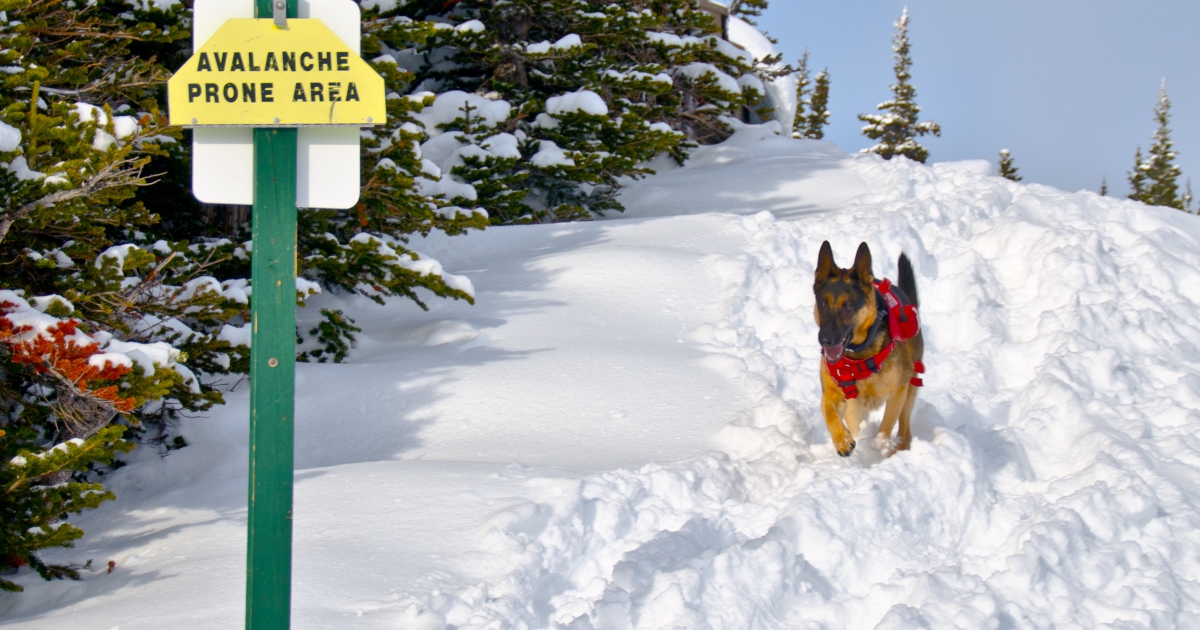 A strong, athletic dog, Cirrus was relentless on a search and moved well regardless of the terrain. Within minutes, Cirrus alerted on the ranger’s body. She sniffed, buried her nose deeper into the snow, scratched the snow, sniffed a few more times, and scraped with one paw, then the other. Brent trusted her and knew this was the spot to probe, so he called for more shovelers. Cirrus could find a human scent coming from meters underneath the snow, as that scent rises through the snowpack before it is carried away on the breeze. When a dog locates a potential scent, it will bury its nose into the snow to try to follow the scent more accurately. For Cirrus, if the scent intensified she would start to dig; if the scent was weaker, she would work outward from the area to locate a stronger scent.

As the team shoveled through five feet of dense, wind-packed snow to the body, Brent took Cirrus to the side, away from the recovery effort and rewarded her for her find by playing fetch with her tug toy. It was the first time Cirrus had found a dead body. As with human rescuers, the recovery affected her. That evening she was somber. She would not eat, and she was quiet. Later, a thunderstorm came through and put her on edge. For the first time in her life she just wanted to hide under the bed. Those storms would continue to frighten her throughout her life. Cirrus spent her life training for moments like this. The climbing ranger’s family had closure thanks to Cirrus. This was just one-time Cirrus was called. She had a number of calls either for a rule out (nobody caught or buried), or for a missing person at Crystal and other locations throughout the state. 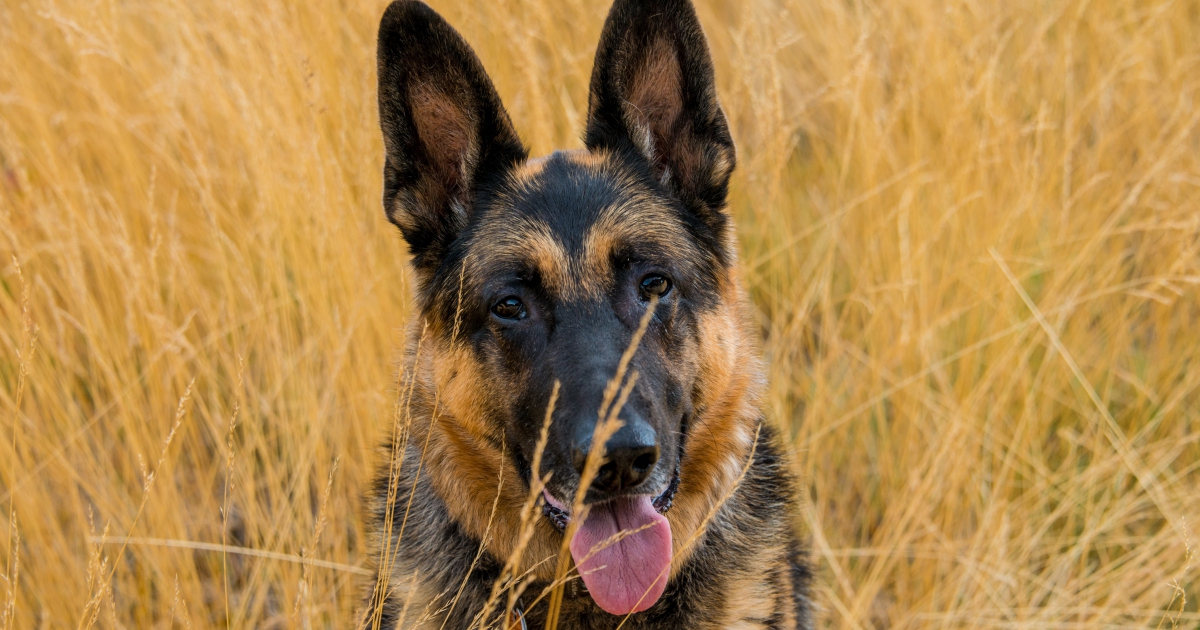 Cirrus was also our pet. My daughter, Casey, has never known life without Cirrus. Casey would lie on the floor at home with Cirrus, use her as a pillow, lift up her lips to check out those big teeth, and talk to her like she was another of her friends ready at any moment to be part of her stories. Casey loves to read. She would open a book, lay on the floor, and read to Cirrus, showing her the pictures from the book and reading to Cirrus as if she was as engaged in the story as Casey. Cirrus would wait patiently until Casey told her it was time to move. At home, Cirrus knew Casey was the boss and seemed happy with that.

Cirrus was a working service dog, a best friend, and a family pet. With her big ears and big wet nose, Cirrus warmed not only my heart, but those of her fellow patrollers and of  many a guest at Crystal Mountain. She was one of the best at what she did. I am proud to say that we as a patrol worked hard to make her the dog that she was.

After a long, beloved life, Cirrus passed away Oct. 2, 2018. Thank you, Cirrus, for 11 years of service to Crystal Mountain Resort.